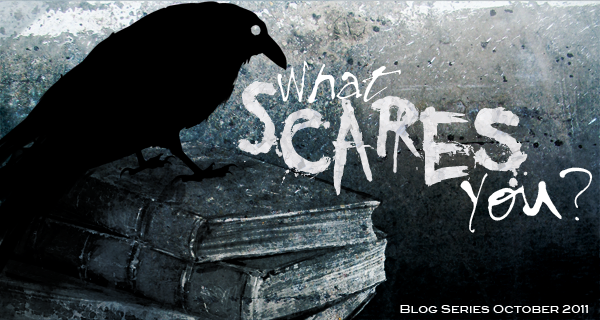 By Mike Raicht, writer of THE PACK 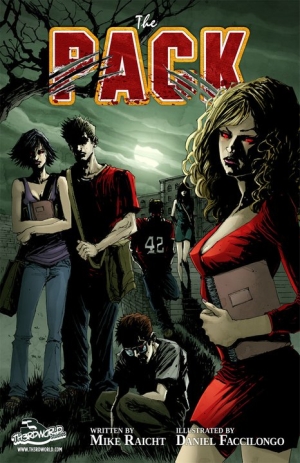 I have something to share with you. Austin is not going to grow up like I did. Austin is five and my son, which, since I write some creepy comic books from time to time, means he’s automatically exposed to the weird a bit more than the average kid. But, like I said, he is not going to have a childhood that in any way resembles mine. That means I have to be a much more vigilant parent than my parents were.

I was 5 when I first saw Alien. We were at my mom’s boyfriend’s house. He had a reel-to-reel projector and we watched it on a big screen in his living room. My attention span, like Austin’s is today, was strong when it came to movies. I would watch them. End result… chestbursters are not cool, and not going to happen with Austin.

When I was 8 or 9 I was playing with my Star Wars figures while watching a movie called The Devil’s Rain. My grandfather left it on while he dozed off in his chair. This occurred, oddly enough, about five feet from where I’m typing this now since I bought my grandparents’ home. Now, this movie is in no ways scary to an adult. My friends and I watch it now as a joke. It starred a young William Shatner and Tom Skerritt. However, to a kid, the moaning souls trapped in Hell and the melting people could be considered a bit much. It haunted my dreams and preventing me from sleeping normally for some time. For those who don’t know, and honestly why would you, that movie actually had the approval of the head of the Church of Satan. Yikes. Nice show to throw on for a nice little Saturday afternoon creature feature. Anything with the Church of Satan, or non-Kirk-playing Shatner, is probably a no-go for Austin. At least until he’s 10 and he can get that Shatner is always funny.

I also watched Nightmare on Elm Street the first night it was on HBO back when the Saturday night movie on HBO was a huge deal. My stepsisters and I watched while my dad and my stepmom drank Bartles & Jaymes in the next room. My stepsisters and I ended up sleeping in the same room. They convinced me to be the doorstop. Just in case. We freaked out whenever a car drove by outside. Austin will most definitely have to wait a while before meeting Freddy.

While growing up I was really more of a horror-movie rat, so I have to start there. My local video store seemed to be keenly unaware that an 11-year-old kid was renting R-rated horror movies with impunity. If it was out on VHS and in the horror section I was going to rent it and invite my friends over to watch it with me. Over those 2 or 3 years I rented some horrible, horrible movies that I’m sure were rarely rented by anyone else, mostly for good reason. Maybe that’s why the video lady didn’t mind.

Now, sadly enough, since our childhoods a few decades ago, the local video store has gone the way of the dodo. So while that does make me a big nostalgic, we’re safe as far as Austin is concerned there.

But this little rant is supposed to be about books so I’ll make my choice and stick with the master of all things horror. My favorite writer is and always has been Stephen King. I loved his books growing up. I read everything he put out. My dad had a bunch of them on the shelf and I was pretty much free to grab whatever. My parents were happy because I was reading. That has to be good, right? I was happy because they were awesome. The things I loved the most by him, besides The Long Walk, which is my favorite to this day, were his short story collections. The scariest one to me was a story from Night Shift called “The Boogeyman.”

Now for those who haven’t read it, I’m going to spoil it a touch so if you want to go read it quick before I continue, we’ll wait…

Now the thing that scared me as an 8-year-old wasn’t the obvious stuff. Not the Boogeyman coming out of the closet and the child death, although that was scary. It was that the kids’ dad didn’t save them. He basically fed them to the monster in his effort to make his kids deal with their fears… like any respectable dad would do in that situation. Like I would do in that situation. There is no making it better after that. I had never read anything like it or even contemplated it. That dad failing was scary to me because I believed my dad would never let me down.

So, when it comes to Austin I think I’m going to hold off on giving him some of those books. He can read Harry Potter and comics. Maybe the occasional Goosebumps when he’s ready. And eventually I’m sure I’ll give in and he’ll see and read everything I saw. But I might not let him read that story. Not until he’s older than I was.

And it’s not because I’m a prude though, because I can’t wait for him to read it so we can talk about it. It’s because I don’t want him to know dads can fail. Let’s leave that little horror story to my childhood. I think it’s for the best, don’t you?

Mike Raicht at one point was a Marvel comic book editor and sat only a few feet away from accomplished novelist, Nova Ren Suma. Today he teaches College Writing at LeMoyne College in Syracuse, NY, and tries to write comic books for a living. The first volume of the series he co-created and co-writes, The Stuff of Legend: The Dark, launched at #2 on the New York Times Bestselling Graphic Novel list. The second volume, The Jungle, is currently available and the third volume, A Jester’s Tale, will launch after Christmas. He has written numerous superhero and horror comics that star, in no particular order, zombies, Ash from the Army of Darkness, G.I. Joe, Batman, Superman, Spider-Man, and the Hulk. His newest comic series, The Pack, launches this month just in time for Halloween. It is his attempt to combine his love of all things John Hughes with werewolves. Not in a nice way.

And here is a link for the opening chapter of The Stuff of Legend. You might notice its villain is a certain Boogeyman that lives in the closet. Weird.