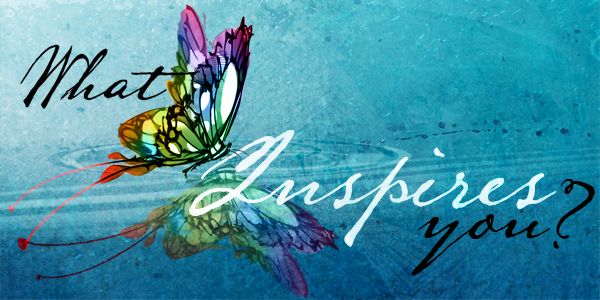 Inspiration can come from the people and places all around you, and the memories you lived through. Here’s Bryan Bliss on what inspires him to write:

For me, it’s watching a movie—seeing the Guy look at the Girl and knowing that everything is falling apart between them. It’s a song as I’m driving home—the windows down, the volume up—playing air drums and guitar, feeling the kind of invincible I knew so well when I was younger. And of course it’s going home again, seeing the places I used to haunt. Gas stations and grocery stores and front porches. Places where I won and lost so many things—first kisses, innocence, even love. And god yes, Love. First, last, all-time—it doesn’t matter. Whatever the type, it will always hit you like a surprise shot to the stomach; and it keeps hitting you throughout your life.

So I guess that means it has to be when it’s gone, too. Yes, definitely heartbreak. That feeling when you see him or her again and they look so familiar, but the small differences show you how much time has passed. And then, ten years later, when you’ve forgotten, you hear a song that used to be shared and important and it all comes rushing back. So I guess it’s lyrics and poetry and beauty and all those memories.

And then, of course, it’s books. Words. How some people can string them together in ways that are simultaneously beautiful and infuriating. How certain stories nail what it means to be you. How something seemingly simple and basic like a sentence can reconnect you to things you’ve lost or tried to forget. Times when your dad left, or when you forgot that assignment, or how it felt when you lost somebody important. Because it’s in those things too. The dark, awful corners—those moments in life we never see coming. The ones that never seem like they’re going to go away. But they do. And while it might not be the tops of a mountain or a shared look between lovers, it’s there—right or wrong, devastating or not, it’s there.

Hopefully it’s people, too. Friends and family and even those who fall somewhere on the fringes. That one teacher in high school with the false leg and comb-over. The woman who stood next to you in line at the grocery store and touched her neck in a way that made you think she was more fragile than she let on. It’s the way your parents showed grace and your siblings brought trouble clothed in adventure. It’s those things you really want to say to people who piss you off, but years of polite upbringing won’t let them out. It’s the ones you spend your life with and the ones you avoid. It’s those who show up unexpectedly, sometimes unwanted, and force you to change everything.

Of course it comes when you least expect it. When you’re sitting in traffic or walking down the street. It stumbles from your unconscious during a meeting, or when you’re lying in bed, flirting with sleep. It is a mystery and a gamble and, sometimes, an aggravation. Because you never know when it is coming. You never know when the next idea, the next image, will present itself. All you know is that it happens. That it has happened enough times to trust it completely. That it is happening right now.

Bryan Bliss lives in Oregon with his family.
He writes young adult fiction and blogs at www.bryanbliss.com and www.boysdontread.com. 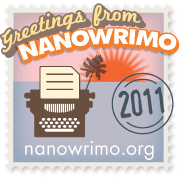 Now you, dear reader. Are you in the throes of NaNoWriMo? How’s it going…? Feel free to laugh at my progress here.