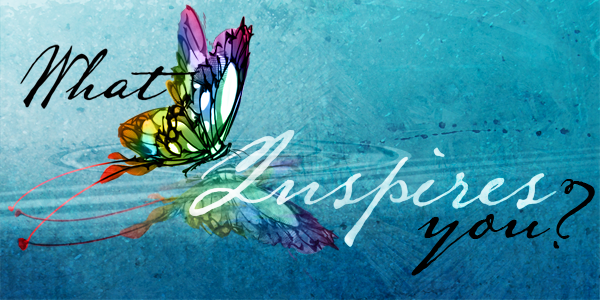 Have you read Bennett Madison’s novel The Blonde of the Joke? You must. This novel took me over and inspired my writing in more ways than I can even articulate. Imagine how amazing it is to find out what inspires its author. Here’s what Bennett says about inspiration:

When charged with writing on the topic of inspiration, it’s hard not to want to just present an itemization of the things that I like. I’ll restrain myself from writing out the comprehensive list, but the abridged and ad-libbed version would look something like this: 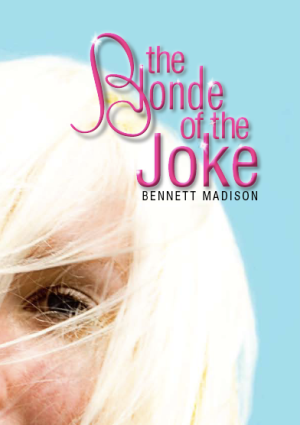 Inspiration is, for me, almost a strange form of acquisitiveness. You get a glimpse of something, say, just for example, a certain quality to the sunlight filtering through reddening leaves and the way it hits your companion’s hair just so as she drags on her cigarette and laughs or whatever. Now and then such a glimpse might trip a feeling, like in this case just being happy and relaxed, and then the two things (the feeling along with the sun/the hair/the cigarette/the laugh/whatever) somehow combine into a third thing, and this is the thing that you can’t quite put your finger on.

Inspiration is what may in certain circumstances follow: the overwhelming desire to own that third thing, to be able to put it in your pocket and carry it around with you, to take it home and place it on a shelf next to other similar things you’ve collected in the creation of a Pokémon menagerie of the ineffable. The catch, of course, is that the thing is not easily ownable. In order to have it, you have to sit down and create it all over again. In a lot of ways it’s a futile task, and the futility is part of the point.

The moment in which I remember feeling this buzz of inspiration most viscerally—the moment in which many of the items on my unabridged list of aesthetic interests converged most perfectly and clearly with my mood—is remarkable only for the impression it made on me. It was sometime in 1999 at the even-then-long-past-its-prime Pyramid Club, drinking a Long Island Iced Tea. (When I was too young to drink legally, I would often order Long Island Iced Teas because I felt that they offered bang for the buck and saved me from having to send my friends with IDs to the bar more than necessary; also I liked the taste.)

So I was standing alone in the corner by the speakers and watching a friend with a glamorously off-kilter personal style and a crazy halo of ultra-blond hair dancing ecstatically (if you can consider a dance that consists almost entirely of shoulder-swaying and hair-tossing punctuated by the occasional hop to be ecstatic) to unfashionable New Wave music, perhaps OMD, while brandishing a Marlboro Light, and the lights were flashing on her face, the real smoke from cigs was merging with the fake smoke from the smoke machine in a way that was both stinky and redolent of significance, and as my attention moved over the dance floor, lingering on different people and faces in what felt like a series of freeze frames, I wanted nothing more in the world than to understand it and write it down.

I’ve never published anything in which that moment is actually dramatized and I’m not sure I could ever really describe why it felt so important to me, but I still find myself thinking about it constantly. It shows up a lot in things I write, always in unrecognizable disguise.

A few nights ago, while watching The Real Housewives of Beverly Hills, it suddenly occurred to me that I had somehow missed ever reading Susan Sontag’s “Notes on ‘Camp.’” After cursing my incredibly haphazard Sarah Lawrence education—because what, if anything, should a Sarah Lawrence education provide a person other than a comprehensive knowledge of Susan Sontag and camp?!—I decided that it was high time I actually gave the essay a look. Better late than never. And it strikes me now as I’m writing this (is this inspiration?) that the commonality in the items on the short list I’ve made and the much longer one in my head and even in the scene I described above is a sort of camp artifice that isn’t quite artificial and is therefore maybe not camp at all.

Because if we say that camp in its purest form is a mode of sincere or unwitting affectation, maybe it’s also true that the purposeful or semi-purposeful affectation of camp creates a feedback loop that turns it into something entirely different. If camp involves recognizing and celebrating the synthetic in something that’s supposed to seem real, maybe the anti-camp I’m talking about has to do with locating what is genuine and even sublime in the self-consciously synthetic. Blond hair. Smoke machines. Gauloises. Busted harmonies. Those things are all camp, but can be looked at from both angles, and the second angle is the one that inspires me.

In his really nice write-up of my book The Blonde of the Joke, the wonderful writer Matt Gallaway remarked that the girls in the book reminded him of drag queens, who are of course held up often as quintessential practitioners of camp. There are many (infinite?) types of drag, but what the characters in my book have in common with some drag performers, besides a penchant for shoplifting, is that they’re working to construct an identity based on a purposeful aesthetic system that isn’t really their own. This could be called camp, and maybe it is, but what’s interesting is the way it isn’t, the way this jokey artificiality is a strange representation of something that’s too real to express directly. (Maybe Courtney Love, also an expert camp artist, conveyed this tension best when she said, “I fake it so real I am beyond fake.”) 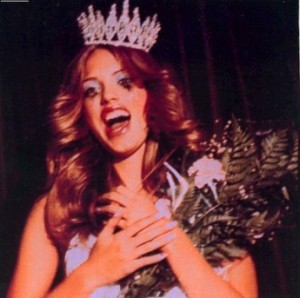 I’m talking about two separate things so far, both the process of inspiration and my own personal sources for it. But, for me, there’s a connection between the two. That connection is probably specific to me and to my own aesthetic obsessions, but whatever.

Because what does inspiration inevitably (or ideally, or maybe disappointingly?) lead to but a kind of trompe l’oeil? You have that initial observation; then you have that feeling; then you have the sparky combination of those two things, the thing you want to possess; and then, as you try to steal it, it transforms again into something that isn’t precisely what you were trying to capture but instead into a picture of it, a picture the usually makes you sigh a little the way you would if you were painting a portrait and got the eyes crooked or made the nose too big.

But on very rare occasions this picture is different enough that any resemblance—artifice—becomes irrelevant. It is its own thing now, a representation only of itself. Maybe by then you don’t even remember what inspired you to make it in the first place. When you’ve done it right, you’ve done the Courtney Love thing: you’ve faked it so real that you are beyond fake.

Bennett Madison is the author of The Blonde of the Joke and other things nominally for young people. His next book, about a mysterious tribe of young women in the Outer Banks, will be released by Harper Teen in 2013.