This guest post is part of the Turning Points blog series here on distraction no. 99—in which I asked authors the question: What was your turning point as a writer? I’m honored and excited to host their stories. Read on as Saundra Mitchell reveals how coming to the painful decision to quit and walk away changed her writing forever…

The important thing for me to realize was that I could quit.

I spent the first decade of my career as a screenwriter writing short films. The entire time, however, I was trying to break into television. I wanted to write episodics—those one-hour dramas you may enjoy in the 9 and 10 o’clock hours. I loved the form, I loved the potential. That’s what I truly wanted to do.

And when I finally got a job on an episodic, I had to turn it down. My life, my family, had grown in the ten years since I’d first dreamed the dream of writing for television. It never occurred to me to reshape it. Dogged pursuit was part of the calling.

So was job insecurity; ragged, uneven hours—the fact that I would have to move to Los Angeles with children… I’d never considered those factors. Until I had to, and I had to walk away. It’s demoralizing to give up on a dream, especially being so close to achieving it.

The truth was, it didn’t fit anymore. It was a twenty-year-old’s dream, and I wasn’t twenty anymore.

I consoled myself with writing a novel, my very first. I wanted to do something that was so far away from screenwriting, I couldn’t even see the Scriptware in the distance. It also gave me something new to pursue. I liked the grim security of writing query letters, researching agents, sending things away.

After all, I’d been querying for a decade. That was part of my day, just like having breakfast, or checking my e-mail. I burned through 80 queries for my first novel (and had written my second in the meantime,) and by 80, the pursuit wasn’t so dogged anymore. I handwaved the list of agents left uncontacted. I ignored my stamps.

Since I had written a new novel, I had to query that before I was allowed to quit. I would give the second novel one query to get an agent, that’s all. After that, I was allowed to be finished and to stop chasing. Not writing—I loved words too much, bending them, playing with them. But the chasing, the career. That would be done. So I sent that last query.

I got an agent.

But I lost that agent. 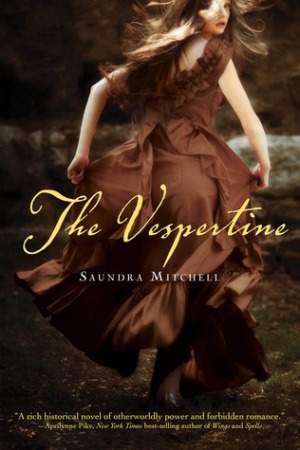 I got another agent, and that second book sold in 2007. I had an editor! I was published! It was glorious! And in 2010, I sat at my desk with a third, fourth, and fifth book rejected. My editor had just given me six pages of notes on a 60 page sample that she wasn’t even tentatively offering to buy, and I thought… maybe I’d only had one book in me.

It was reasonable. Possible. I’d seen writing a book through, from beginning to end. I’d written it, queried it, sold it. I’d revised it, copyedited it, and seen it published. Kirkus reviewed it; I’d had a signing. Instead of backing out at the last minute, like I had on Hollywood and episodics, I’d taken the entire trip. Maybe I was just done. Maybe that’s all there was to my journey as a working writer.

This time, I really did quit. No more partials, no more proposals, none. I stopped writing for publication. I gave in to my wildest fantasy, which was writing a Victorian (unmarketable) novel about a vampire (unsellable) serial killer (outdated,) and for the first time in years, I had fun. Every single day, I got up to write a book that made me happy.

I lost the serial killer and the vampire—and another agent. But the book sold, and since then I’ve had hard days. Ugly days. Completely hideous days that made me want to throw myself off a cliff. I’m still going, though, and I think that’s because I learned—several times, the hard way—that I don’t have to.

Everything else, we choose to do. And though I had to make the turn several times, my turning point as an author was when I realized that I could walk away. Knowing that, in my bones and my blood, makes every day I choose to keep going that much sweeter.

Saundra Mitchell has been a phone psychic, a car salesperson, a denture-deliverer, and a layout waxer. She’s dodged trains, endured basic training, and hitchhiked from Montana to California. She teaches herself languages, raises children, and makes paper for fun. She’s the author of Shadowed Summer, The Vespertine, The Springsweet, and the forthcoming Aetherborne and Mistwalker. She’s also the editor of the forthcoming YA anthology Defy the Dark. She always picks truth; dares are too easy.

EDITED JAN. 28. IT’S NOW TIME TO ANNOUNCE THE WINNERS OF THE PAPERBACK EDITION OF THE VESPERTINE:

Commenters on this post were entered to win a signed paperback of Saundra Mitchell’s novel The Vespertine. And I’ve just selected the two winners!

Congrats, Deb Cushman and Christina Kit! You each win a signed paperback of The Vespertine. I’ll email you soon for your mailing addresses. And thank you again, Saundra, for donating these books for the giveaway!