This guest post is part of the Turning Points blog series here on distraction no. 99—in which I asked authors the question: What was your turning point as a writer? I’m honored and excited to host their stories. Read on as Steve Brezenoff reveals the two big turning points in his life—death and birth—that also proved to be turning points in his writing…

My first novel was a long time coming. I’ve often said it took fourteen years to finish, but that’s mildly disingenuous. I didn’t labor over the thing for all those years. Instead I attacked it in fits and starts, driven not by some urge to finish a novel, but instead by an urge to get some scenes on paper—catharsis. In the fourteen years in question, I started many short stories and several other novels. I even finished one novel, a derivative middle-grade fantasy. The truth is I always fancied myself a middle-grade writer. I looked up to Lloyd Alexander, C. S. Lewis, and Susan Cooper. The novel I’d been fooling with since college—the one that would become The Absolute Value of -1—was a diversion.

Two turning points changed that, and they’re the Big Two: death and birth. If one was a creative impetus, the other was the great pragmatic motivator. 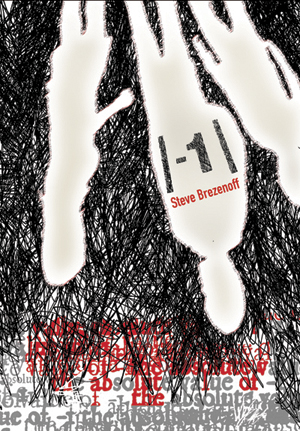 The Absolute Value of -1 was based on a short story I’d written in college. It was about a boy obsessed with two things: death and family, particularly his older sister, off at college. Whenever I approached the novel-in-progress (or whatever you’d call a collection of random scenes with no plot or end in sight), I’d stab out another scene in a violent fit. The sum was definitely not greater than the parts at this point, so I’d retreat again to think about some or other middle-grade project I thought I should be focusing on instead.

Then my father died. Suddenly the boy in my story, who’d often dwelled on his grandfather’s death, was about to get hit with the most difficult event of his fifteen years: his father would get cancer and die. It had to be. After all, this novel was my diversion. Where better to deal with the emotional destruction I was facing in real life? Certainly not a derivative middle-grade fantasy novel. (Full disclosure: my middle-grade work betrayed my real-life crisis at this point as well, with the protagonists in two distinct works-in-progress dealing with missing or otherwise suffering fathers.)

The protagonist of The Absolute Value of -1, Simon, tore through the rest of his story, with a little help from me, and before long I had a tidy little novella. One editor I worked with enjoyed the voice and liked what I had down. She even gave me an editor letter. It was a big deal. Even so, the not-a-novel-yet sat in a digital drawer, stagnant, because while Simon and his story had finally found their thrust, I still didn’t have mine. And that’s where the second turning point comes in.

I didn’t touch Simon’s story again for some time. I had no big ideas on how to make it a real novel, and no good reason to do so. After all, though I now saw that YA was a viable format for me, I still favored middle-grade. I dabbled over the next couple of years with one middle-grade trilogy in particular, outlining it, writing scenes, sketching characters—both in words and drawings. In those couple of years, I’d also started writing work-for-hire chapter books. They weren’t quite middle-grade, but they were damn close. Things seemed to be moving along, albeit slowly and without a lot of passion in the work.

Then my son was born. Here was this new little person. He would come to depend on me, look up to me, ask me for things like food and a home. If I didn’t begin to take my writing career seriously right then and there, it was never going to happen at all.

In the same way the death of my father had lent gravity to my story, and therefore to Simon’s story, my son’s birth added urgency to my goals and gave me a sound kick in the rear. I joined a professional organization, met another editor who liked Simon’s novella, and—most importantly—found the time and did the work necessary to turn that novella into a full-fledged novel.

Steve Brezenoff has written dozens of chapter books for young readers, and The Absolute Value of –1 is his first novel for teens. His second, Brooklyn, Burning, came out in fall of 2011. Though Steve grew up in a suburb on Long Island, he now lives with his wife, their son, and their terrier in St. Paul, Minnesota.

Elissa J. Hoole won a signed paperback edition of Steve Brezenoff’s debut YA novel, The Absolute Value of -1! Congrats! I’ll email the winner for her mailing address. Thank you again to everyone who entered!