Time for more in the Summer 2012 YA Debut Interview Series, featuring debut YA authors who’ve written books I am absolutely dying to read! I’ve chosen eleven (yes, 11 this time!) debuts to feature, and I hope by the end of this series you’ll be as excited about these books as I am.

Today’s Summer 2012 YA Debut is Hemlock by Kathleen Peacock. Read on to see how this author answered the Q&A… And be sure to enter to win a signed and personalized finished copy of Hemlock!

Nova Ren Suma: I’ll start with the dreaded question you may be hearing already from strangers on elevators, long-lost family members, and your doctor while you’re sitting on the examination table in the paper gown during your next checkup: “So what’s your book about?” (Feel free to use the jacket copy, or describe in your own words. Up to you.)

Kathleen Peacock: Hemlock is about friendship and secrets and what happens when the people you love turn out to be so much less—or more—than you need them to be. It also happens to be about werewolves.

And (since I always turn into a tongue-tied fool at this particular question) here’s the jacket copy:

Mackenzie and Amy were best friends. Until Amy was brutally murdered.

Since then, Mac’s life has been turned upside down. She is being haunted by Amy in her dreams, and an extremist group called the Trackers has come to Mac’s hometown of Hemlock to hunt down Amy’s killer: A white werewolf.

Lupine syndrome—also known as the werewolf virus—is on the rise across the country. Many of the infected try to hide their symptoms, but bloodlust is not easy to control.

Wanting desperately to put an end to her nightmares, Mac decides to investigate Amy’s murder herself. She discovers secrets lurking in the shadows of Hemlock, secrets about Amy’s boyfriend, Jason, her good pal Kyle, and especially her late best friend. Mac is thrown into a maelstrom of violence and betrayal that puts her life at risk.

I’d like to say Hemlock misbehaved, but I think it would be more accurate to say that I would occasionally wander away from what was important and the manuscript would (justifiably) throttle me until I was dazed and senseless.

Ideas for projects often come to me in flashes of scenes. With Hemlock, I got a flash of three friends in a hospital room with secrets stretching between them until something snapped. The important thing was always the friendship and the way their feelings—and their secrets—pulled them apart and bound them together. Sometimes I’d lose sight of that when writing. When I did, the results were always scenes that didn’t work and which needed to be rewritten.

Most of Hemlock was written in my messy home office on a computer that does not have internet access.

My fantasy writing spot would probably be a small room overlooking the ocean (or at least a bay that leads to the ocean). Large bodies of water always seem so infinite; they make me feel endless. 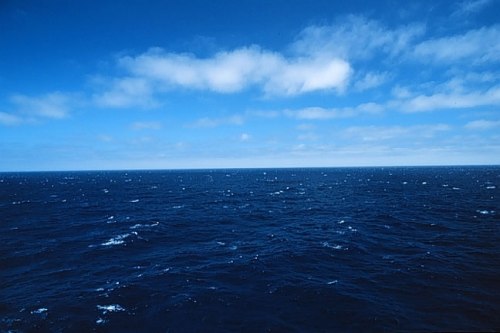 Imagine you’re on the subway, or the bus, or sitting in a park somewhere minding your own business… and you look up and see the most perfect person you could picture devouring your book. This is your ideal reader. Set the scene and describe him or her (or them?) for us.

They’re sitting on the subway, hips and knees just brushing. She’s reading Hemlock and he’s listening to music. They’re opposites. He looks a little scruffy and his hair sticks up at crazy angles. She looks neat and tidy—although her jacket is a little threadbare and the glasses she’s wearing were in style a year or two ago.

Her mouth quirks up in a shadow grin and she tugs on his sleeve. He fumbles with his iPod as she shows him a page and points to a paragraph. He sees the name of an artist or band he likes and smiles.

Publishing a novel is full of high points, low points, absolutely surreal points, and shocking points you never thought you’d see in your lifetime. Tell us a high point, a low point, a surreal point, and something shocking or at least somewhat surprising about your experience so far.

High: Telling my family and friends about the book deal.

Low: Crying at my desk because I was stressed about book one. Not my desk at home. My very visible day job desk.

Surreal: Writing a blurb request to an author I’ve had a crush on since I was twenty-one.

Surprising: How very “It’s a Small World After All” publishing is. One of my best friends (who has a completely different agent) ended up with the same editor at the same imprint. 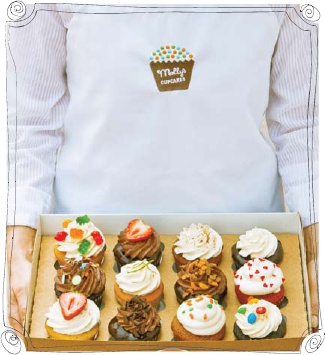 Oh, you are evil. No wonder Ruby came out of your brain…

Death had made her a bad liar.

Short and sweet and Amy-centric.

Hemlock will be published by Katherine Tegen Books / HarperCollins on May 8, 2012. Read on for a chance to win a signed and personalized finished copy of the hardcover!

Kathleen Peacock spent most of her teen years writing short stories. She put her writing dreams on hold while attending college but rediscovered them when office life started leaving her with an allergy to cubicles.

Visit her at kathleenpeacock.com to find out more!

Read her blog at kathleenpeacock.blogspot.com.

The giveaway is now closed. Congrats to the winner!

What is the next Summer 2012 debut novel I’m looking forward to? Come back tomorrow to find out.

28 thoughts on “2012 YA Debut Interview + Giveaway: HEMLOCK by Kathleen Peacock”