This guest post is part of the Turning Points blog series here on distraction no. 99—in which I asked authors the question: What was your turning point as a writer? Here is author Malinda Lo revealing hers…

In September 2006, I spent a week at Spirit Rock Meditation Center, a Buddhist retreat nestled in the hills of Marin County, north of San Francisco. Every morning I hiked in the hills, partly as walking meditation, partly to escape the confines of the practice hall. I climbed narrow, beaten trails through knee-high grasses, watching lizards scurry over the dry ground. Entering the woods, I plunged into dim coolness: a world apart.

Growing up on the flat part of Colorado, I’d never encountered woods like these. These trees sprawled in the temperate air, giant oaks carving out entire clearings for themselves, branches gnarled and twisted like crones’ fingers. This place seemed to exist outside of time.

“I woke up feeling kind of out of sorts, but when I went for my morning walk I found the most beautiful part of the land—a little forest on top of a ridge, with a huge spreading oak tree, one limb long and thick as a trunk, extending toward the ground in a moss-covered seat. The moss felt incredibly soft, like a carpet of tiny green fibers. After finding that tree, there was nothing to be upset about.”

I had arrived at Spirit Rock three days earlier, upset about almost everything. I was on a seven-day silent meditation retreat focused on creativity, but I spent the first two days of the retreat resisting every creative possibility the teachers presented to us. It wasn’t until the third day that the tangled knot inside me unraveled. That day when I found that oak tree, I remember: an opening. Loosening the fist I’d clenched around myself.

I was in a bad place at the time. During the summer of 2006, I left one stressful editorial job for another. I had been supporting myself (just barely) as a freelance writer since 2003, mainly by writing for LGBT media, and I was starting to feel like a hack, meeting deadline after deadline. At the same time, I was trying to revise what would become my first published novel, Ash, which I had begun writing all the way back in 2002. 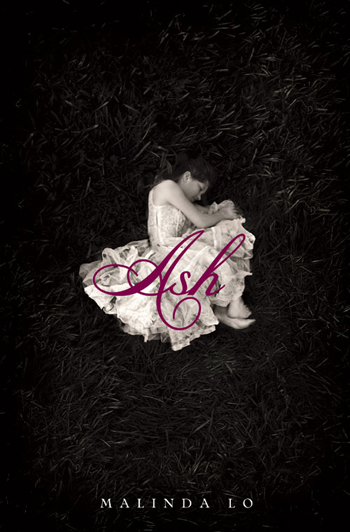 By 2006, I’d gone through a couple of drafts of Ash and was in the midst of an extensive revision that involved gutting much of the manuscript. It was going poorly. I was too tense and too resistant to change to see what needed to be done.

I registered for the meditation retreat because I’d been meditating for a few years by then, and the retreat’s focus on creativity seemed like the perfect fit. I’d discovered that meditation seemed to bring me closer to that soft, vulnerable place I needed to access in order to write creatively. Instinctually, I knew that I had to go there. I had to relax my real-life boundaries; to free myself to experiment; to sink into a character’s emotions.

But I found it so difficult to do.

Like many writers, I’ve suffered from clinical depression. I’ve gone through this twice in my life, and in 2006, I was finally mostly recovered from my second bout of depression. Part of my recovery involved coming to accept my desire to be a writer, and taking steps to make that happen. I remember discussing this with my therapist and telling her that I envisioned the act of writing as a room that existed behind a closed door in the attic of my mind. Every time I sat down to work on Ash, I had to cross that attic and open the door. Sometimes the handle turned easily and I could walk right through. But some days the door was locked, and I couldn’t find the key. Some days the attic of my mind was so cluttered with boxes and baggage that I couldn’t even get to the door.

Meditation seemed to strip away all the junk standing between me and the door. It seemed to give me the key. So I signed up for the retreat with high hopes. I had a feeling that it might be a turning point for me, but I didn’t know until much later what exactly that meant.

It wasn’t always so difficult. When I was growing up, I wrote constantly. I started writing down stories as soon as I was able to write, and I wrote three novels while I was a teen. But when I went to college, although it was a life-changing and wonderful experience, I came to believe that my writing needed to be put on hold. I needed a job—a good one. I didn’t believe I could support myself through writing.

For several years in my early twenties, I didn’t write fiction, although I still kept a journal. The dream of being a self-supporting writer was just that: a dream, and one that seemed to recede further into the distance with every passing year. And every year, I hardened up a bit. Living with a dream while you deny it to yourself is a sure way to drive yourself into a dark hole full of regret. The only way I could survive in that hole was to deny that I was in it. I built a wall around the dream and tried not to look at it.

It took something pretty massive to shake up my world so much that I had to acknowledge the existence of my dream, and my role in preventing it from coming true. That massive thing? Coming out.

I believe that accepting who I was in terms of my sexual orientation could not have happened without also accepting the fact that I had always yearned to be a writer. These two identities had always existed inside me. I couldn’t embrace one without embracing the other.

Becoming a freelance writer and writing about LGBT entertainment was one step toward making my dream a reality. Even though, by 2006, I sometimes felt like a hack, I knew that my day job was a gift. When people asked me what I did for a living, I could answer, “I’m a writer.” The fact that I was writing about queer people was another blessing. I was able to be open about who I was on more than one level.

But there was one wall I had yet to break through, and that’s what I discovered at Spirit Rock that September. It was a wall I had built around my sense of wonder.

When I was a teen, there was no wall between me and the wonderful. That’s when writing was only a joy. But in all those years of not writing fiction, I forgot how to find my way into that world of wonder. I could write blog post after essay after review and still be on the other side of the wall. For me, that kind of writing didn’t access that locked room in my mind.

The thing that showed me how to open the door—and how to keep it open—was so unexpected I would never have come up with it on my own. That week at Spirit Rock, I was invited to paint.

In the mornings I had a couple of hours free to write, but in the afternoons I joined other retreatants in a big room underneath the practice hall to paint under the instruction of Mayumi Oda. Oda is a Buddhist and an artist who paints goddesses. She gave us a series of different assignments, many of which seemed rather new agey to me. Initially I was resistant because I’ve always resisted those kinds of things. But on Tuesday after that walk, and after a particularly significant sitting meditation, my resistance began to break down.

At one point during the week she invited us to paint our hearts as mandalas. I didn’t really understand what that meant, but something about it resonated with me. Almost immediately, I began to spend most of my time imagining what that could look like. I envisioned a big circle with several smaller circles within it, centering around a heart. I became consumed by this painting; I thought about it every minute I wasn’t thinking about Ash.

And I kept walking. On Thursday morning I went back to the little forest on top of the hill. I sat on the oak tree limb. On my way back, three deer were standing in the middle of the trail: one fawn and two does. I still remember the way their ears perked, one in my direction, one in another; their giant brown eyes; the black tips of their noses.

I finished the painting:

The process of creating that painting made something click inside me. It made that door unlock. It allowed me to prop it open.

In retrospect, I realized that I was able to break through that last wall because I was doing something I had never done before. I wasn’t a painter. I had no skills in that area; I was a complete amateur. That meant I was free to do anything. I was free to mess up.

That’s the kind of attitude you need to take with you when you go through the door into your creative space. You need to be free of expectations.

While I can’t say that I’m always free of expectations now, I can say that I’m very much aware of negotiating with them. So far, the door hasn’t closed. Some days it seems to slide shut, but it’s always cracked open. And I know that if it does close, I have the tools to unlock it. If I’ve done it before, I can do it again.

Ultimately, that was the turning point that Spirit Rock gave me: the knowledge that I can access the deepest heart of myself, and the courage to do it. 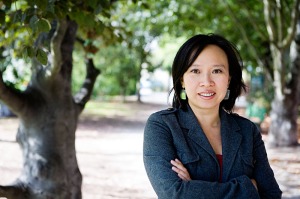 Malinda Lo’s first novel, Ash, a retelling of Cinderella with a lesbian twist, was a finalist for the William C. Morris YA Debut Award, the Andre Norton Award for YA Fantasy and Science Fiction, and the Lambda Literary Award. Her second novel, Huntress, is an ALA Best Book for Young Adults and a finalist for the Lambda Literary Award. Her young adult science fiction duology, beginning with Adaptation, will be published in September 2012. Visit her website at www.malindalo.com.

AND THE WINNER OF THE GIVEAWAY IS…

…Congratulations to Alexandra Corinth! I’ll email soon for your address so you can claim your prize. Thanks to everyone to entered and to Malinda for this wonderful post and giveaway!