2012 YA Debut Interview + Giveaway: THE LOST GIRL by Sangu Mandanna

Welcome back to my Fall 2012 YA Debut Interview series! I’m excited to feature these debut novels from the fall season, and I hope you’re as intrigued to get your hands on them as I am. Today’s YA debut author is Sangu Mandanna—her first novel, The Lost Girl, came out on August 28 from Balzer + Bray/HarperCollins. Read on to see how Sangu answered my Q&A…

…And be sure to enter the GIVEAWAY for a chance to win her book!

Sangu: It’s about love and loss. It’s about a world in which death can (almost) be cheated. Weavers stitch echoes, copies of real people, and those echoes grow up learning to be just like their original. One day, when the system is perfect, it will be different: echoes will be bodies, nothing more, and the soul of the original will reawaken in the new body when their first one dies. And that’s what everyone who asks for an echo of their loved ones hopes for. But the system isn’t perfect yet. The Lost Girl is about a girl called Amarra, who dies, and her echo Eva, who falls in love and risks her life just for the chance to be herself.

It misbehaved all the time! Most of that is Eva’s fault, though. I’d try to write her story one way, but she would insist on taking me another way. She got herself into all kinds of trouble and left me to try and figure out how to get her out of it again. She sulked when I didn’t do what she wanted and I’d spend weeks struggling with a single scene. But, you know, I liked being inside her head. I loved writing her story. The book wasn’t easy, and sometimes I wanted to give up on it, but it wouldn’t let me.

I wrote most of the book at a desk in a university bedroom, looking out at a gorgeous landscape of hills and trees and sky and, that winter, snow. The north of England is absolutely beautiful, and I was lucky to spend so much time there, so I don’t actually wish I’d written the book anywhere else. 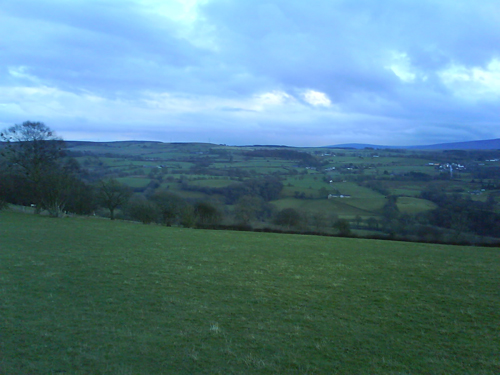 (I’ve included a photo here, though it’s not the best one. I really should have thought ahead and been all hmm. I might need a photo of The Lost Girl’s birthplace someday. Alas.)

This has opened quite the can of worms. Now I’m imagining all kinds of amazing readers. And I’m torn. Mostly between a) a random stranger, someone I’ve never seen in my life, sitting nearby and reading my book with tears streaming down their face (yes, in public. Yes, I’m horrible, wishing tears upon someone) and b) JK Rowling just holding my book in her hands.

That moment only came a few weeks ago.A box of finished copies arrived, and I took them out and stuck them on one of my bookshelves, and suddenly it hit me. They were real. And sitting on my shelf next to other real books. Until then, I was so busy working on the book, and thinking about other projects, that it never really hit me, properly hit me, that my book was going to be out there.

I’d go on tour right here (Britain) or America, with JK Rowling (I know, that’s the second time she’s come up. But I’m such a Harry Potter addict and I would seize the opportunity to pester her with all kinds of questions) and Emily Bronte. And I would make sure there were scones with jam and clotted cream. You can’t have too many of them. (If you’re wondering, yes, I do have one stuffed in my mouth right now.)

Oh, nooooo. But my favourite sentence may not be the most enticing! Okay, here we go anyway:

“You’ve always been our monster,” says Adrian. “Don’t ever forget that.”

The Lost Girl was published on August 28, 2012, by Balzer + Bray / HarperCollins. Read on for a chance to win a copy of the book! 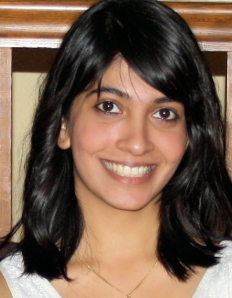 Sangu Mandanna was four years old when she was chased by an elephant and wrote her first story about it and decided that this was what she wanted to do with her life. Seventeen years later, she read Frankenstein. It sent her into a writing frenzy that became The Lost Girl, a novel about death and love and the tie that binds the two together. Sangu now lives in England with her husband and baby son.

Visit her at www.sangumandanna.com to find out more.

Read the first chapter of The Lost Girl for free! Just click here.

You could win: a finished copy of The Lost Girl by Sangu Mandanna! 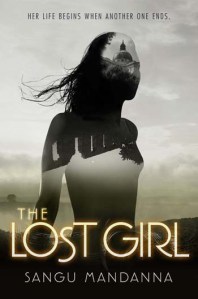