Welcome back to my Fall 2012 YA Debut Interview series! I’m excited to feature these ten debut novels from the fall season, and I hope you’re as intrigued to get your hands on them as I am. Today’s YA debut author is Meagan Spooner—her first novel, Skylark, is available now from Carolrhoda Lab / Lerner Books. Read on to see how Meagan answered my Q&A…

…And be sure to enter the GIVEAWAY for a chance to win a poster of the book’s cover! 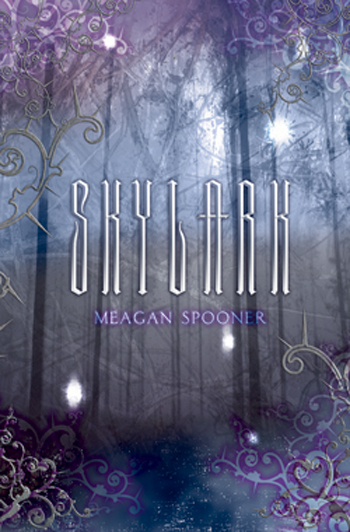 Meagan: Vis in magia, in vita vi. In magic there is power, and in power, life.

For fifteen years, Lark Ainsley waited for the day when her Resource would be harvested and she would finally be an adult. After the harvest she expected a small role in the regular, orderly operation of the City within the Wall. She expected to do her part to maintain the refuge for the last survivors of the Wars. She expected to be a tiny cog in the larger clockwork of the city.

Lark did not expect to become the City’s power supply.

For fifteen years, Lark Ainsley believed in a lie. Now she must escape the only world she’s ever known…or face a fate more unimaginable than death.

Meagan says this quote is “something I had hanging on my wall all the way through writing SKYLARK (and still have up, actually!) for inspiration through the tougher parts.”

Before SKYLARK, I had actually never finished a novel-length story. I think it was a combination of many things: not being ready yet, not enough discipline/drive, and not enough interest in the story itself. But when I got the idea for SKYLARK, I knew that I wanted to see it through to the end. So I made a promise to myself that I would write at least 500 words a day, every day, until the book was done. Weekends, holidays, sick days, days I was on an airplane for 16 hours… didn’t matter, the writing still got done. This meant that the book was finished pretty quickly, because usually I’d end up writing closer to 2000 words every day!

I wrote almost all of this book while living with my amazing friends, Amie and Brendan, in Melbourne, Australia. They read the first few chapters when I was trying to figure out what my next move was—get a day job, etc.—and, being incredibly generous friends, they invited me to come live with them for a year and finish the book. So I spent most of my time in my bedroom at their house, at my computer.

As far as dream spots… I have to say, Australia comes pretty close! But I’d love to one day own a big house out in the country somewhere with an office in a turret, with windows all around and bookshelves lining every inch of wall space that’s not window. I’d love to be able to sit there and watch the weather roll in and out while I work.

My ideal reader would be a teenager, probably around 13–14. She’s probably quiet, and probably prefers reading to parties. She might even get teased by other kids for reading so much, but she doesn’t care—books are better friends anyway! She’s that kid who brings a book to a family dinner, and reads under the table. She reads on the bus, and misses her stop. She reads so intensely that she becomes oblivious to the world around her, because nothing else matters but turning that next page!

[OMG, that was me! I was your ideal reader, Meagan! —Nova] 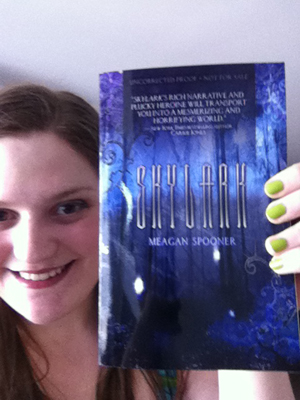 I think for me it was holding my ARCs for the first time. I think that there’s a lot of little “omg, it’s really real!” moments along the way, and those all hit me pretty good. But I think seeing the ARCs for the first time was the biggest shock to my system. I kept flipping through the pages and going “Oh my god, those are my words! On actual PAGES! Like it’s a real book!” I’d carry them around and show people—it was, in hindsight, SO ridiculous. But pretty freaking awesome, too.

I’d love to have tea at the Savoy with Diana Wynne Jones and Robin McKinley. These two women are incredible sources of inspirations for me, and have been since I was a wee little girl. After our private tea, we’d then step into our teleporters (because hey, this is a dream!) and head to New York City for a signing afterward. There’s nothing like NYC for writers… authors everywhere, as well as agents and editors! Every time I go there it’s like stepping into Book Central.

Okay, so I cheated a bit and it’s technically two sentences, but they’re both part of the same speech Lark gives, so I’m doing it anyway! For me this is one of the major turning points in the book. At the beginning all Lark really wants is to be safe, but she’s woefully underprepared for life beyond the Wall. She grows, however, over the course of the book—and this is the moment when she realizes that it’s not about being safe or relying on someone else, it’s about living her life on her own terms. It’s a pretty big moment for her.

Skylark is available now fromCarolrhoda Lab/Lerner Books. Read on for a chance to win a poster of the book’s cover!

Meagan Spooner grew up reading and writing every spare moment of the day, while dreaming about life as an archaeologist, a marine biologist, an astronaut. She graduated from Hamilton College in New York with a degree in playwriting, and has spent several years since then living in Australia. She’s traveled with her family all over the world to places like Egypt, South Africa, the Arctic, Greece, Antarctica, and the Galapagos, and there’s a bit of every trip in every story she writes.

She currently lives and writes in Northern Virginia, but the siren call of travel is hard to resist, and there’s no telling how long she’ll stay there.

In her spare time she plays guitar, plays video games, plays with her cat, and reads.

She is the author of SKYLARK, coming out August 1 from Carolrhoda Lab/Lerner Books. She is also the co-author of THESE BROKEN STARS, forthcoming from Disney-Hyperion in Fall 2013.

Visit her at www.meaganspooner.com to find out more, add Skylark on Goodreads, and like Skylark on Facebook.

And check out the Skylark book trailer: 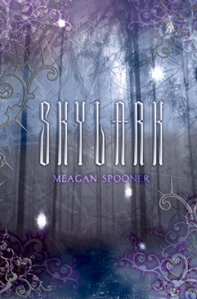 20 responses to “2012 YA Debut Interview + Giveaway: Skylark by Meagan Spooner”