Beyond the Buzz: Reading Recommendations from Abby the Librarian

Welcome to a new series here on distraction no. 99 called Beyond the (Latest) Buzz. I’ve asked YA & kidlit librarians and bloggers to share books they think deserve more attention. And I asked them specifically because, of all readers in the know, librarians and book bloggers are some of the most passionate readers we have in this industry, they read a TON more books than I do, and maybe, if I asked nicely, they’d be eager to recommend some beloved books with us here? They were—and they did.

Sometimes good books go unnoticed, but as bloggers we have the right—nay, the responsibility!—to give awesome books the push they deserve. Today, I’ve got my top five books I’ve read this year that did not get the buzz they deserve! If you’re looking for a great read, I hope one of these books will strike your fancy. 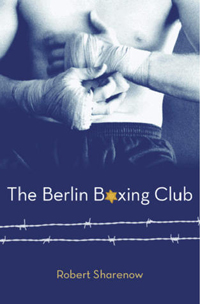 What’s it about? Karl Stern, a fourteen-year-old Jewish boy, takes boxing lessons to fend off attacks from the Hitler Youth boys at his school, but as violence against the Jews escalates, Karl must use his skills to protect his family.

Why should you pick it up? Have you ever felt like someone didn’t like you because of their idea of you? You’ll totally see eye-to-eye with Karl. He doesn’t even really feel Jewish. His family’s not religious, he never did anything to those guys, but they hate him just the same. Plus, the oppression of Nazi Germany is palpable and it builds and builds as things get worse. And also: World War II! Sports! 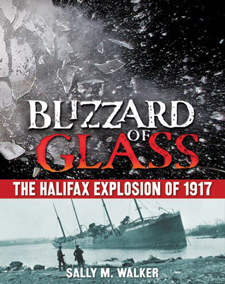 What’s it about? Halifax was never the same after the 1917 explosion of the Mont-Blanc, the largest man-made explosion EVER until the 1945 detonation of the atomic bomb.

Why should you pick it up? Sally M. Walker manages to put the reader right there, getting to know families and people going about their business in Halifax when the ship exploded. There’s been a lot of talk about the 100th anniversary of the sinking of the Titanic this year and if that’s something that interests you, I think you’ll be fascinated by the little-known story of this massive maritime disaster, too. 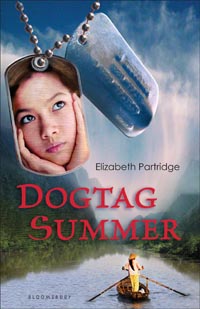 What’s it about? Tracy, a half-Vietnamese girl who was rescued from war-torn Vietnam and adopted when she was seven, struggles to find her place and to piece together memories of her childhood.

Why should you pick it up? This is a coming of age story made even more poignant by the lush California scenery and the historical detail of the Vietnam war time period. Not only is Tracy dealing with the impending first day of junior high and buying her first bra, she’s trying to figure out why her veteran dad won’t talk about the war and why her parents seem to hate her best friend’s family. It’s like Judy Blume but with a half-Vietnamese girl. 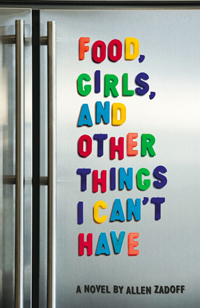 Food, Girls, and Other Things I Can’t Have by Allen Zadoff (Egmont USA, 2009)

What’s it about? When Andy, a 300-pound sophomore geek, meets new girl April, he goes out for the football team to impress her, and ends up changing everything.

Why should you pick it up? Andy’s story of reinvention shows the importance of being who you really want to be and not letting anyone stop you. Plus, it’s funny. Plus, it has little short chapters and a totally readable style. You’ll like Andy and you’ll root for him all the way through. Oh and: football! 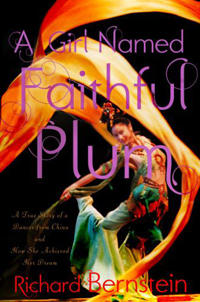 A Girl Named Faithful Plum: A True Story of a Dancer from China and How She Achieved Her Dream by Richard Bernstein (Knopf Books for Young Readers, 2011)

What’s it about? This is the true story of Zhongmei Lei, a girl who left her home and family at the tender age of eleven to audition for the prestigious Beijing Dance Academy and, despite prejudice from the teachers and other students, would not let anything keep her from her dream of becoming a dancer.

Why should you pick it up? Okay, to get to the auditions, Zhongmei had to take a train for over 1,000 miles. At the auditions, the teachers would select 12 girls and 12 boys. From ALL OF CHINA. Zhongmei’s a girl with determination, is what I’m saying. And her story is inspirational. If you’re the type to watch So You Think You Can Dance or if you dig performance stories like Bunheads by Sophie Flack or Rival by Sara Bennett Wealer, this is a book for you. 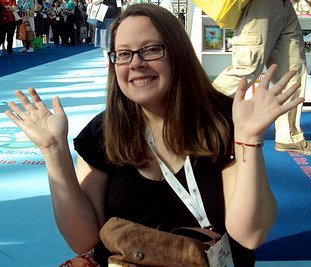 Abby Johnson is a children’s librarian in Southern Indiana. You can find her on the web at abbythelibrarian.com.