Beyond the Buzz: Guest Post by Nicole from WORD for Teens

Welcome to the Beyond the (Latest) Buzz series, where I’m asking YA & kidlit librarians as well as book bloggers to share books they think deserve more attention. Read on to see what titles blogger Nicole from WORD for Teens wants to share with us today…

I was staring at my shelves for a good half hour in an attempt to find the proper book to write this post about. What book do I think is overlooked? 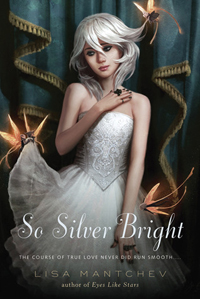 There were the ones that were known in the blogging community but seemed hidden from everybody else, like Lisa Mantchev’s beautiful Theatre Illuminata series. 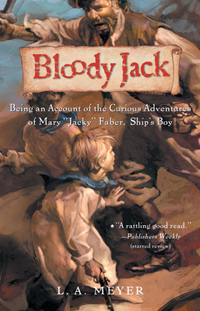 Then there were the ones that sell well, but nobody I talk to seems to have read them despite how much I adore them, like L.A. Meyer’s hilarious historical Bloody Jack series.

I’ve never been able to figure out why so few people have read this series. The writing is absolutely breathtaking; the characters are fabulous and all of them are memorable; the world, the world, the world! is amazing. Fincayara was the number one on my top ten most vivid fictional settings.

Maybe it’s because T.A. Barron doesn’t have much of an online presence—he’s not on Twitter and doesn’t update his Facebook or his blog that often. I had the chance to meet him when I was younger and he’s an absolute sweetheart, and when I played his games on his website he sent me signed posters of the maps of Fincayara. (He’s awesome.)

Maybe it’s the fact that it’s a high fantasy Arthurian legend retelling. Or it didn’t have a big marketing push. Or the fact that the series is quite a few years old at this point, with two spin-off series attached to it.

But regardless of why it hasn’t been read, it should be read. The Lost Years of Merlin starts off with a young boy named Emrys—and anybody who knows anything about Arthurian legend knows that Emrys will grow up to be the infamous sorcerer Merlin. The young boy has to deal with a whole slew of issues, from not knowing who his father is to not fitting in his town, before he ends up on the lost isle of Fincayara. Fincyara, the world-between-worlds, is currently under the thumb of a ruler who Rhita Gawr, an evil god, has converted to his side. Emrys, with the help of a few friends and the blessings of the god Dagda (yay, Celtic mythology!) needs to help bring Fincayara back to order.

And is the lost-boy-saves-the-world plot a bit of a stereotype for the fantasy genre? Of course! But it’s so well done here, and I don’t know why people are avoiding it, especially you fantasy lovers. I see you sitting there at your computer, reading this, going, Hmm, maybe I should pick it up. Well, put down your Mercedes Lackey and your Christopher Paolini or whatever it is you’re favoring at the moment and go give Barron’s books a try.

Trust me, you won’t regret it.

Have you read and loved this series? Chime in and tell us what you think in the comments!

Nicole blogs over at WORD for Teens. She has blonde hair and a love of dragons. The rest changes without notice. For stalkage purposes, you can find her on Twitter, Facebook and Tumblr.

One response to “Beyond the Buzz: Guest Post by Nicole from WORD for Teens”