Today I have more in the Beyond the (Latest) Buzz series, where I’m asking YA & kidlit librarians as well as book bloggers to share books they think deserve more attention. Read on to see which title blogger and children’s literature MFA student Mackenzi Lee wants to share… 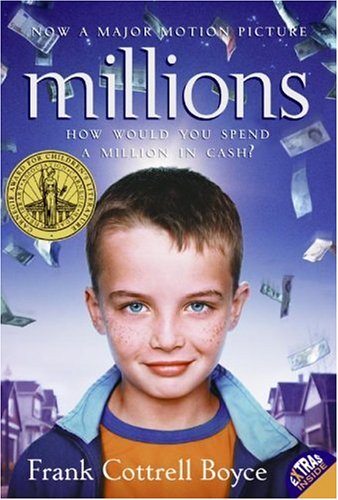 I don’t know if you can count a book that has been made into a movie1 as being “Beyond the Buzz,” but Millions has been one of my standard recommendations for years, and I’ve never encountered anyone who has met my enthusiastic adoration with a similarly vigorous “I love that book!”

So here we go. One more step in my life-long quest to make the world appreciate the genius of this quiet little novel.

Millions is the story of two brothers—worldly, real-estate-savvy Anthony and pious Damian, the narrator, who, at ten years old, strives to emulate the lives of the saints. In the wake of their mother’s death, the two boys and their dad are trying to start over—new city, new school, new house. And one September morning, in the backyard of that new house, the two boys find a bag containing one million pounds2.

With only seventeen days before Europe switches to the Euro and the money becomes worthless, the brothers can’t agree on how to spend it. Anthony wants to buy what our narrator deems “worldly goods,” while Damian wants to give the money to the poor in order to become more saint-like himself. However, the boys quickly discover that there are dangerous men looking for the lost money, and they will stop at nothing to get it back—even if it means taking out Anthony and Damian in the process.

But mostly, Millions is for anyone who loves that magical, transportive power of magnificent books. It is a quirky and delightful novel that I will keep reading again and again. Before I die, I will probably read it a million times6.

Have you read and loved this book? Chime in and tell us what you think in the comments! 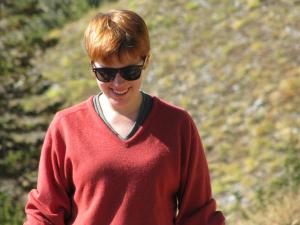 Mackenzi Lee is currently earning an MFA in writing for children and young adults at Simmons College, meaning that someday she hopes to pay back her student loans on the lucrative salary of a young adult author. She loves sweater weather, diet coke, and Shakespeare. On a perfect day, she can be found enjoying all three. She blogs at mackenzilee.wordpress.com, sometimes about books, sometimes about Boston, and sometimes about Benedict Cumberbatch.