This guest post is part of the Turning Points blog series here on distraction no. 99—in which I asked authors the question: What was your turning point as a writer? Here is Leah Konen, author of The After Girls, celebrating her pub day today by sharing hers… 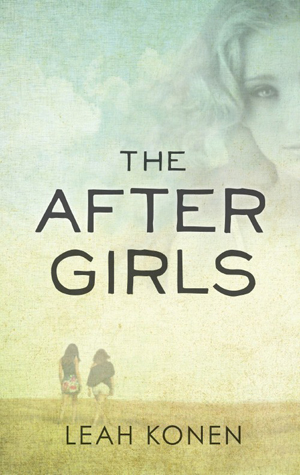 THE AFTER GIRLS is on sale today, April 18, from Merit Press!

Taking to heart the wisdom of many a writing teacher and advice piece on the Internet, I wrote my first complete novel with a thorough outline. One with every scene and plotline planned out. I wrote several pages a day, on top of a demanding full-time job in magazine publishing. I was new to New York and didn’t have many friends, so my manuscript was often my Saturday night date. I completed a draft in about four months (I have my outline and lackluster social life to thank for that), and while I did revise extensively, both on my own and with the agent I signed with upon completion, I have to say I was pleased with how quickly I cranked it out. It was like a Writer’s Digest post on How to Write a Novel.

Set in the town where I grew up, the story was sweet and semi-autobiographical. It was what I had to write before I could write anything else. It got me a wonderful agent, but unless I go back to it, it will likely remain in the proverbial desk drawer for the remainder of my career. And I’m okay with that.

My turning point didn’t come in my first foray into novel writing. It came when I began The After Girls. The idea for the book came first as a title and a question: What would take a group of friends from before to after instantly? The concept came quick enough as I filled in the gaps—two high school friends shaken by their best friend’s suicide right after graduation, set against the eerie backdrop of a rural Appalachian mountain town—but the details were another thing. I was writing from the point of view of two girls instead of one. I added characters and removed them. I was walking a fine line between magical realism and contemporary. And I had no outline.

It wasn’t for lack of trying. I wrote outline after outline, hoping to find one that would work like the first one, with no success. I wrote 50 pages, rewrote those pages, and didn’t look at the manuscript for weeks or even a month at a time. I felt like a failure. I was the girl who could crank out a novel in mere months. Now I’d been months and months at a single idea and had very little to show for it. I wasn’t writing on a schedule. I wasn’t even writing regularly, for that matter, but I was writing—a page here and a chapter there.

At a certain point, The After Girls began to write itself. It was like that great E.L. Doctorow quote: “Writing a novel is like driving a car at night. You can see only as far as your headlights, but you can make the whole trip that way.” Page by page, I made the trip. The characters took over—they surprised me. The plot took twists—the ending changed multiple times. I even added a character in a few hours before I sent a final version to my agent, one that came to me in the shower when I thought I was almost done. At page 50, 100, 150, 200 … I still wasn’t sure of what would happen beyond the next ten pages. But in the end, the flexibility was what I needed to uncover the mystery of why a beautiful, smart young girl with great friends and a whole future ahead of her would take her own life.

Coming to terms with my new, almost improvisational writing process was my turning point. It was when I put away the guilt of not writing as quickly as I had before—and the doubts that came from not being able to distill the story into a digestible outline. It was when I recognized that each novel is different—it has its own personality, its own way of talking to you and revealing itself to you.

After the book sold, I had a conversation with my editor (a writer, herself), and when I told her about the process, she said that she could never have written a book that way. It only helped to show me that there is no right way to write a book. And that’s what makes every book so different and wonderful—we all do it differently. 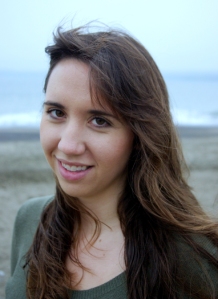 Leah Konen is a writer living in San Francisco. She is a graduate of The University of North Carolina at Chapel Hill, where she studied journalism and creative writing. Her work has been published in Elle Decor, Good Housekeeping‘s Quick & Simple, Parenting, The Fiscal Times, and several regional newspapers and magazines. The After Girls is her first novel.

Visit her online at www.leahkonen.com.