Beyond the Buzz: The Re-Shelf Take

This week I have a couple last posts in the Beyond the (Latest) Buzz series, where I’m asking YA & kidlit librarians as well as book bloggers to share books they think deserve more attention. Read on to see which books Kellie from the Re-Shelf wants to share…

When Nova contacted me about doing a guest blog for her Beyond (the Latest) Buzz series about “overlooked” books, I instantly had concerns.

No. That’s not true. I was instantly flattered, excited, and thrilled to be asked.

But then I started thinking about what an overlooked book IS and then the concerns began. Are we talking within the last year? Within my lifetime (a time that included a barren YA wasteland [at least where I lived] and a subsequent YA boom that continues to grow and expand)? Of all time? And what does “overlooked” mean? Less than 100 reviews on GoodReads? The title is on a backlist? Didn’t win an award OR sit atop the bestsellers list?

Clearly, I have an issue with overthinking things.

Nova had this all planned out, though, and gave a huge amount of flexibility of how to view the series and the books. Basically, these are books we think should get some more attention.

That all squared away, I…still couldn’t decide what time period to talk about. So I made an executive decision! Cover them ALL. (Sort of.)

Ye Olde Books of Yore That May Have Been Forgotten Books

The Door in the Hedge by Robin McKinley.

This may or may not be the book that spurned a passion for fairytale retellings in my life. I still haven’t found a new version of The Twelve Dancing Princesses that I like more than McKinley’s take on the matter. All four short stories included in this set are wonderful and may incur a desire to take advantage of alllllllllllll the retellings that have been pubbed lately.

Any book by Elizabeth Chandler.

For real. While her Kissed by an Angel series is pretty well known (and recently got a bit of a reboot with a sequel trilogy), my personal faves that I revisit year in and year out are from a series called “Love Stories.” Does anyone besides me remember these? Basically, it was a bunch of non-connected love stories written by a HUGE number of authors and sold under the series title. Chandler wrote a few but my particular favorites are I Do and At First Sight. I still get a little swoony thinking about those two. These aren’t published anymore, but if you see one in a used bookstore or your stacks—GRAB IT.

Okay, if I’m honest, I find this to be a love-it or hate-it book. Personally, I adore Portman’s sophomore novel. Andromeda is a quirky, intense character and has Very Strong opinions as to how libraries run. Additionally, I learned a boatload from this book—about the occult, tarot cards, and inner-ear problems. 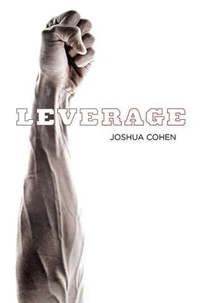 Okay, Cohen’s debut has 562 GoodReads ratings [768 now, as of this posting! —NRS]. BUT STILL. Not enough. And while the material is intense, dark and, at times, tough to get through, the friendships in this book are unique and different and fascinating. Plus it puts an entirely different spin on sports books, bullying, and revenge.

A Decent Number of People Have Read These Books, but Not Enough for Me Because I’m Greedy Books

I am a theatre nerd. Like, for serious. And I’ve always felt this Lockhart novel gets lost amongst her other awesome novels. I also harbor a distinct affection for the gorg cover. That said, when reader’s advisory was a huge part of my job, I constantly used this book as a go-to read for many a-customers looking for a good read. 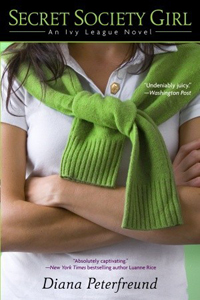 I have to give credit where credit is due: the only reason I know about this series of books (of which SSG is the first) is Leila at Bookshelves of Doom. Most places categorize them as adult fiction—the MC is in college—but I think they fit just as happily in the upper-YA range. I came for the secret societies, but I stayed for the interesting friendship dynamics, complex characters and storylines, and big, swoon-worthy moments.

Books from Last Year I Want Everyone to Read Books

The Wicked and the Just by J. Anderson Coats

This is a very recent read for me and I was positively swept away by it. The historical details. The juxtaposition of our two MCs. Wales. 13th Century. Ugh. Loved it. Loved. It. 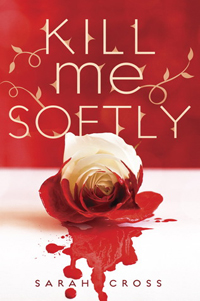 Kill Me Softly by Sarah Cross

Since we started with fairytale retellings, let’s end with one. In KMS, people are forced to live fairytale stories out in real time. This can be as lovely as finding the Beast to your Beauty or as awful as realizing the designated Beast is also the misogynist dude from high school. I loved how Cross played this story out and how she translated actions/characters from fairy tales into present-day reality. Such a fascinating new take on retellings that had me dwelling on the concept for days.

And that’s all she wrote. From The Re-Shelf, anyway. There will be way more hidden gems revealed throughout this series and I cannot wait to see them revealed!

Thanks for having me, Nova! 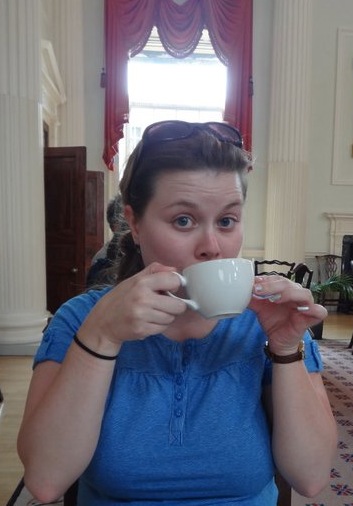 Kellie makes her Internet home over at The Re-Shelf, where she reviews books—usually late at night. She is an academic librarian by trade and delights in all things entertainment. After a year living in Alaska, she firmly defines herself as an “indoor girl.” Currently, she is nursing obsessions with Sleep No More; She’s So Mean by Matchbox Twenty; Pitch Perfect; and dystopian novels. One day soon she plans on running away to New York City. Her dream is to be a one-hit wonder. You can also find her on the twitter.

8 responses to “Beyond the Buzz: The Re-Shelf Take”