I have been so excited to share this news with you… and now I can!

Elise Howard at Algonquin Young Readers has bought world rights to two new YA novels from Nova Ren Suma, author of Imaginary Girls and 17 & Gone. The Walls Around Us, the first book, is the story of girls bound by fate and coincidence, one living and one dead. In two voices, they tell of haunting and being haunted by ghosts both real and imagined. It’s scheduled for spring 2015; Michael Bourret at Dystel & Goderich Literary Management brokered the deal. 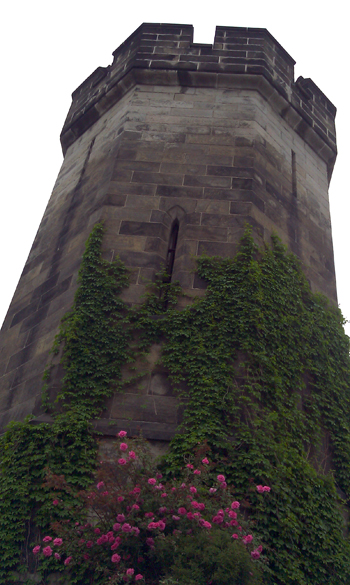 (If you’ve been to Philadelphia, you may recognize this image from the Eastern State Penitentiary—now closed to prisoners, but open as a museum. Shivers.)

Yes! I have a new novel in the works—one that has been consuming me for months, and kept secret, and now I can start talking about it and posting more obvious pictures to my inspiration board on Pinterest. This is a novel set in a girls’ juvenile penitentiary, featuring ghosts, killer ballerinas, and some very guilty secrets.

And not only is there a new novel in the works, this new novel is coming out from Algonquin!

I’ve admired Algonquin Books for a long time, and have especially loved the strong literary voices of women writers like Tayari Jones, Sara Gruen, Heidi Durrow (we were NYFA fellows and organized an event together back in 2004!), and so many more. When I heard that Algonquin was starting a new venture and beginning to publish literary YA and middle-grade books (their launch list hits this fall—with the first books coming out in August!)… and when I heard it was headed up by publisher and editor Elise Howard, of all editors and publishers, well, my antenna immediately went up. At first I thought I’d simply be reading and loving the books Algonquin Young Readers published, but when it came time to sign a contract for my next novel, I came to realize it was time to make a change in my career.

…So I was beyond thrilled to accept a two-book deal with Elise Howard at Algonquin Young Readers!

The cool little piece of this is that I have admired Elise Howard for years… I first became aware of her as an editor when I was working in the copyediting department of HarperCollins Children’s Books, a while ago, before my first YA novel even came out. Elise was an editorial director upstairs with brilliant taste and an amazing reputation, and I admired her from afar from my little office below. I’m kind of pinching myself that I now get to be her author.

Thank you so much to Elise Howard—and Emily Parliman, and everyone at Algonquin for this amazing new opportunity. I’m so excited to be a part of the new young readers imprint!

Moving houses was of course a difficult decision, and I want to thank the editors who wanted to work with me, and my dedicated, brilliant agent, Michael Bourret, who seems to never stop believing in me and always strives to make me the happiest I can be in this industry.

I especially want to say thank you to Dutton and my editor there, Julie Strauss-Gabel, as well as the team at PenguinTeen for all they did for my first two YA novels, Imaginary Girls and 17 & Gone. My books wouldn’t have been what they are without Julie’s editorial magic and creative vision. Not to mention that being a Penguin author was a dream-come-true for me, and I appreciated every single moment.

Now it’s time for a new chapter in my career, and a new dream-come-true, at what feels like the absolute perfect choice for me and my books.

My new YA novel with Algonquin will be out in 2015, I think—it seems like the title will change, so I’ll keep you up-to-date on that. And it’s a two-book contract, so there will be another YA novel after that one! (I even have an idea for what it might be…)

But I’m getting ahead of myself… This book was sold on proposal, and I have a manuscript to finish writing.

Meantime, if you’re curious about the new Algonquin Young Readers imprint, check out this feature in Shelf Awareness—and keep up-to-date on my new publisher’s upcoming releases this fall by following @AlgonquinYR and @ThatEliseHoward on Twitter! One day, in the future, my book will be among them!